With Mac OS the proper way to update applications is via App Store. If you install Xcode you will get some common development tools like git to your system. 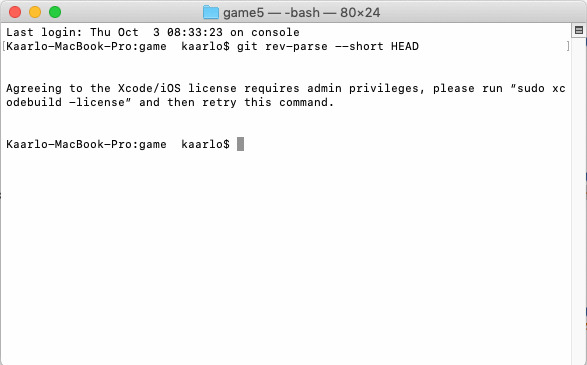 Problem is that App store update process doesn’t actually start Xcode at all. And one has to accept Xcode/iOS license before one can use ANY tools that come with Xcode, even if those tools are shared under Open Source Licenses. So if you just update Xcode but do not start it, the license hasn’t been accepted and those tools just print out text that might or might not break your build automation.

So every time you update Xcode via App store, remember to start Xcode and accept the license agreement.